Don’t put no Jakes on your Brakes, hunt deer on Sunday and more thoughts on the Farmland Preservation Scuffle.

HB124-Paying farmers not to sell

I have been dealing with this Delaware bugaboo since about forever and honestly, I want the best for Sussex county.

But Sussex county has beaches that the tourists love, we’re close to very populated areas capable of seducing those tourists and I do not believe that farming is the future of Sussex county.

Farming is for the heartland, not the coastal areas.

And yes, I know many disagree with me but truth here is that back in 2005 the Delaware legislature passed a law stipulating that ten million of the state’s big bucks being pulled in by the reality transfer tax should be taken right off the top and allocated to a plan to keep farmers from selling their land.

And I get that once many-acre’d pieces of land are split apart up comes shopping centers and developments and perhaps it was needed to slow it all down until Sussex county, and its sweet but back-country county council members, could catch up. Even now they’re still working on signs cause they found out that people move in…THEY PUT UP SIGNS!!!

I also get that some farmers are retiring and want to sell and they’re getting offers to sell their big parcels so perhaps an incentive to stop them in the form of ….farmland perseveration funds.

I write all the above, thank me very much, because I really do get it. But first, what on earth was that 2005 Delaware legislation thinking when they passed a law that was…eh…not even legal?

No Delaware legislation can pass laws binding future legislatures or some such, so the budget people basically ignore that ten million dollar thing although Sussex county IS pulling in all this money…come on, nobody’s moving into New Castle County….go on.

And, may I ask, why doesn’t the CURRENT Delaware legislation just go on and pass a law changing that reality transfer tax amount to a different number, or, what they should do, is eliminate it entirely if no one’s going to pay attention to it.

And as Bob Mitchell, contender for 35th District Dave Wilson’s seat argues, if Dave Wilson comes out publicly against this ignoring of that 2005 ten million dollar number, why did Dave Wilson then APPROVE the budget as submitted by the Governor?

I’d like to see some new Delaware legislator, from Sussex county of course, solve this issue once and for all.

Senator Richardson would be a good choice. He doesn’t represent big farms or ocean front property.

Just an idea….act like adults and get this thing straight. Because the Democrats’ attitude is “take what you get and be thankful.”

I say let’s do this by SOME kind of rules, processes and procedures. Give the politicos too much power and shit happens.

The Delaware Farmland Preservation Fund was created under the Delaware Agricultural Lands Preservation Act in order to conserve, protect, and encourage improvement of agricultural lands within the State. The Legislature has previously expressed its desire that $10 million in receipts from the State Realty Transfer Tax be allocated annually to this fund in order to accomplish its goals. This Act is the first leg of a constitutional amendment that will make this allocation binding on all future administrations and General Assemblies, thus allowing this essential program to continue protecting one of our State’s most important resources.

HB 289 allows for the hunting of deer on Sundays if on private property. And don’t forget that other law now the hunter can carry a concealed permit gun along with the hunting gun! 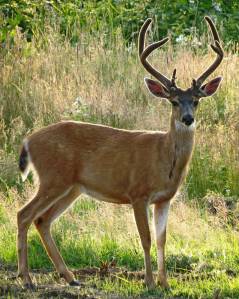 Well yeah I got tongue in cheek again. Of course if there were issues with this sort of thing pass the law to make things right.

But THIS is exactly why making laws just to plug a political hole in any one year is oppressive to people like me.

So a kind legislature with a good heart said…okay, no hunting on Sundays. But this guy over here has a thousand acre farm, nobody hears his guns…so the legislature kindly passes a law to make the exception.

Until we the people are so bogged down with laws we got to hire a lawyer just to go hunting!

The below is SB210 and I’m all for working for paying off fines, hey, I’m in favor of working to pay bills and stuff.

I just wonder what this is all about. If I don’t pay my speeding ticket they can refer me to a roadside trash pick-up detail and I can work it off?

I sort of agree with the sentiment below:

Additional housing availability may reduce the number of homeless sex offenders and improve consistency in an offender’s participation in the sex offender registration process. When offenders have a registered home address, law enforcement as well as probation officers can more effectively verify the registration information. A stable residence may also assist an offender in decreasing the likelihood to re-offend, and being able to track registered sex offenders improves public safety.

But here’s my question…..what’s the point? Is this some sort of statement deemed important enough to add to Title 22 (one of these days I am going to read this Title 22) as a reminder?

The online explanation says this will be added to Title 22 related to municipalities. Ooooooookaaaaaaay.

So Georgetown, Lewes….et al…READ UP. Increase housing for sex offenders in your towns!

You gotta know they’re going to love this. No wonder they’re trying to tip toe in with it.

This legislation increases the penalty of unlawfully using any brake or braking system that is attached to, or an integral part of the vehicle’s internal combustion engine or exhaust systems, also known as a jake brake, to include a moving violation. 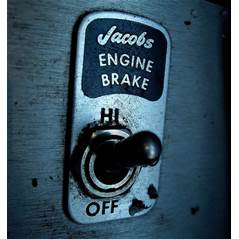 Currently, 21 Del. C. § 4303(c) states that no motor vehicle, when operated upon a highway in this State, shall utilize or employ any brake or braking system that is attached to, or an integral part of, the vehicle’s internal combustion engine or exhaust systems.

I did look up this Jake brake thing and evidently it’s a brake that attaches to the motor somehow.

But then you can take what I know about motors and shove it up the behind of a flew and it will still rattle around like a BeeBee in a box car.

I even found a picture of one so don’t go putting one on your car and claiming I didn’t tell you so.

HB224-Clearing Up some Veteran Affairs

This bill was sponsored by my friend Representative Jacques who kindly helped explain the new animal control thing.

Maybe he will explain this to me. Because all I know is that Veterans can’t get an appointment for months and this thing looks to be reducing positions that might help solve this situation.

This bill changes the size of the commission from 17 Commissioners to 15 to reflect the current number of commissioners serving. The increase in “at large” position will occur as current members terms expire and are replaced by “at large” members. The increase in “at large” positions provides a greater opportunity to diversify the commission’s composition.
This bill updates terminology; replacing “incorporated” with “recognized” as some Veteran Service Organization are not incorporated, and deleting reference to “chartered by Congress” because Congress no longer charters organizations.
This bill permits persons who solely served in the National Guard or Reserves to serve on the Commission. It also streamlines the listing of each branch of service by using the term “Armed Forces”.

<HJR11-Attempt to Rein in DNREC?

Lots of Sussex guys signing on to this one. Because DNREC, which wants to be the EPA when it grows up, is over-reaching all the hell over the place.

Here’s my suggestion….make an amendment to the constitution stipulating that DNREC DOES NOT OWN DELAWARE!

Maybe remind them or something.

This resolution establishes and sets forth the understating that due to the complexity and wide ranging environmental, social and economic impact associated with a change to the State of Delaware stormwater management regulations and accompanying technical document, a deliberate process allowing for a review of alternatives is necessary to assure that the burden of compliance does not significantly outweigh environmental benefits. It is also necessary that the final stormwater regulations and technical requirements be subject to the public hearing process and satisfaction of the regulatory impact requirements contained in the Regulatory Flexibility Act

Since yon reader has perused my wisdom above, click in to my review of the current ongoing American Idol competition. It’s the last one and it’s down to the final five.

One thought on “What’s going on in the Delaware legislature? Those guys love to make laws, let’s check up on what they’re up to. The 3/19/16 Edition-Part 1”