Guess what! A slew of GOOD laws for Delaware lest we constantly complain. And something about Lyme Disease I bet you never knew.

I’d written about Pete Schwartzkopf and his championing of Lyme disease, HERE.

Read below the quote and I will share a whisper secret about this disease.

Lyme disease is caused by the bacterium Borrelia burgdorferi and transmitted through the bite of an infected tick. Typical symptoms include fatigue, fever, and headache. Without treatment, the infection can damage the joints, heart, and central nervous symptom, resulting in meningitis, temporary facial paralysis, and impaired muscle function. Newly-diagnosed patients can be treated with antibiotics. Even with treatment, many patients experience chronic symptoms. Due to the general nature of the symptoms and lack of awareness or understanding of the disease, however, many patients have experienced difficulty in receiving an accurate diagnosis and receiving appropriate treatment.

According to the Centers for Disease Control, the number of people diagnosed with Lyme disease each year is around 300,000. Delaware, along with our neighboring states, is in the red zone for Lyme disease. In 2013, 13 states in the northeast region of the U.S. alone reported more than 94% of the confirmed cases of Lyme disease across the country; Delaware had the 6th highest incidence of those reported cases. Delaware has a greater need to understand and respond to Lyme disease than other states. The statistics show that Delaware has a heightened interest in educating its health care professionals about Lyme disease.

Educating health care professionals to develop a high index of suspicion for Lyme disease, because Delaware is in an endemic area for the disease.

Educating health care professionals that Lyme disease can be diagnosed clinically based on history and physical examination, and serologic antibody testing can confirm, but is not required to make, a clinical diagnosis.
Encouraging continuing medical education credits and nursing continuing education units regarding Lyme disease and make the topic enticing to encourage health care professionals to attend such courses as soon as they are available.

Hosting continuing education credits and units in all three counties, making efforts to host the courses in hospitals to get the most health care professionals together at once.

Delivering education in a variety of methods, using professional associations, medical journals, radio, internet, and conferences, and linking medical training with a public awareness campaign.
Trying to bring all health care professionals together for collaboration.

This Act includes a sunset provision and will expire 8 years after its enactment unless otherwise provided by a subsequent act of the General Assembly.

Okay, here’s the little known secret. My daughter has Munchausen syndrome, now known as Factitious Disorder. What she does, she FAKES illness, even causing herself to get sick.

This is no secret as she went on the radio and told everybody.

And yes, this information has been turned over to her family doctors.

Lyme disease is everything that one who loves to be sick and get sympathy for same could want. All of the symptoms are vague, can be called up at any time. Plenty of meds are offered for Lyme disease, maybe medical marijuana someday.

Finally, try as she did and after almost six months, daughter never could get diagnosis for Lyme disease but she tried. I suspect her reputation proceeded her as Munchausen people are often held suspect by doctors, which they should be.

Not that Lyme disease is not very real and can be debilitating. But we got a whole bunch of people in this country who fake sickness, sign of the times perhaps.

Here’s hoping this Lyme disease task force has specific tests to keep away the fakers.

THE BEST PROPOSED LAW OF ALL

God bless Gerald Hocker for SB 151, which will require that school not open until after Labor Day.

This Act requires public schools to begin their school year after Labor Day. There have been many economic impact reports done that show a positive impact from starting public schools after Labor Day. A report by the Virginia Hospitality and Travel Association estimates that $369 million would be lost if schools were not required to start after Labor Day. This includes $104 million in wages and $21 million in state and local taxes. Maryland is considering similar legislation. A study of Maryland found that pushing the start of school back would generate $74.3 million in economic activity and $7.7 million in new state and local tax revenue.

I don’t know why school opening was ever changed to BEFORE Labor Day but never mind, let us pay attention to that big ocean out there and the limited days of sunshine for the tourists who bring their money to spend.

I also am not sure if the state can make this into a law but I guess they can.

Yes Virginia, sometimes we need laws and sometimes good ones are proposed.

SB179-Source of income not fair to use against tenants.

Two things going on here. One, a drug dealer, if he makes enough money, should not be denied housing for plying his craft. Such as it is.

This bill prohibits housing discrimination based on source of income by adding “source of income” as a protected class under the Delaware Fair Housing Act and the Landlord Tenant Code. A person may still take into account sufficiency of income and credit worthiness of a tenant or buyer, so long as any standards are applied neutrally without regard to the source of income. There is also an exception for landlords who are employees of a housing authority and are prohibited by their employer’s conflict of interest policy from renting to persons receiving housing assistance payments. The bill contains language specifying that landlords will not be compelled to participate in rental assistance programs, and that the bill is not meant to prevent landlords who do participate in housing programs from reserving a certain number of units for that purpose. This measure will prevent and address discrimination against those who receive part or all of their income from child support, government or private assistance programs, or any lawful occupation.

The bill also creates wiggle room for a landlords who are employed by the housing authority from receiving rents from the same bureaucracy.

This looks like a bill that was compromised on. Because that bit about the landlord working for a housing authority was all that was in the original proposal. Now we have this source of income thing and I just don’t know why the hell a landlord has to rent to prostitutes because hey, that’s how she makes her money, right? And if it’s enough to pay the rent it’s none of our business?

Except when the johns and drug buyers show up at the door.

Hmmmm. So I’m dating a handsome Georgetown lawyer, just picking somebody at random. And we, in our dating 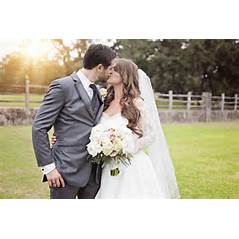 life, buy a house for whatever reason. This law will make that house become marital property when me and the handsome lawyer get married unless we specify that it will not be, BEFOREHAND?

I’m not at all sure this is needed. Wouldn’t such as ownership be dependent on names on the title, not this new law?

I will look into this further.

HB 212-Another good law-let’s keep up the good work!

Proposed by Rep. Rich Collins, this law is an attempt to give tax credits to small businesses.

I have prepared the books for many small business and trust that unemployment and worker’s comp insurance is one of their biggest costs.

Bearing in mind that these costs are ALREADY deductible as a cost of business on the federal AND the Delaware state return. Had to point that out.

But this bill, for a limited amount of time and under certain circumstances, will allow these costs to be used as tax credits.

This is another law that will encourage commerce to come to Delaware and it’s quite generous.

The Delaware Commitment to Innovation Act promotes research and development in Delaware and encourages employers to locate or retain their headquarters here.
Section 1 of this Act provides for adjustment of the applicable threshold for the research and development tax credit offered to small businesses.
Section 2 of this Act updates the State’s research and development tax credit. Currently, companies conducting research in Delaware are entitled to a tax credit that is equal to ½ of the corresponding federal tax credit. The resulting Delaware tax credit is limited, however, in that it cannot offset more than 50% of a company’s tax liability otherwise due. Moreover, the aggregate amount of the credit issued to all qualifying companies is capped at $5 million annually.
Under Section 2 of this Act, the research and development tax credit is made refundable, meaning that qualifying companies are entitled to the full amount of the credit regardless of the amount of tax otherwise due. The Act also eliminates the annual aggregate $5 million cap.
Section 3 of the Act reinstates the New Economy Jobs Tax Credit, which had sunset in 2014. Section 2 also expands the scope of the New Economy Jobs Tax Credit to include provisions covering retained jobs for companies involved in or resulting from a corporate restructuring.

The details are a bit complicated but that bit about using the entirety of the tax credit even if it’s more than tax due. Which means that Delaware would be PAYING companies under this act but again, I’d rather see laws promoting commerce than prohibiting deer hunting on Sundays.

ANOTHER GOOD LAW-We’re on a roll!

HB 292 would require that child abuse hotlines are posted very plainly in schools.
This is such a good idea. A mistreated child would likely call a hotline if available to him or her in a safe place. Kudos to the legislators to get this passed.

This bill requires schools to post the toll-free telephone report line number for child abuse and neglect in a conspicuous location, where it may be viewed by students. Currently the number is 1-800-292-9582.

Home brewed, or craft beer, is the new big “thing” in Delaware, goodness they’re putting in a brewery in the church with the red door in Belltown for goodness sake!

I’m all for anything that promotes commerce and capitalism so bring it on.

Now read my predictions for this last year of American Idol….HERE….just for fun.

One thought on “What’s going on in the Delaware legislature? Those guys love to make laws, let’s check up on what they’re up to. The 3/19/16 Edition-Part 2”